In 2019, Austerman was playing in a summer basketball league when she began to experience chest and throat tightness, shortness of breath and wheezing during periods of intense play, leading to an increase in anxiety while exercising. Her pediatrician recommended she undergo spirometry testing, which is used to diagnose and monitor certain lung conditions by measuring how much air you can breathe out in one forced breath. The results suggested she had a component of exercise-induced asthma and other possible issues in her upper airway that could be causing her shortness of breath.

Shortly after receiving these results, Austerman was referred to Dr. Claudio Milstein, Ph.D., a voice and upper airway specialist at the Head and Neck Institute at the Cleveland Clinic.

Over the next year, Austerman tried using inhalers to help with her breathing, but her physical struggles and anxiety persisted on the basketball court. In early 2021, Austerman’s mother read an article about another athletes’ similar struggles with breathing and made an appointment with Dr. Milstein.

During his assessment in May 2021, Dr. Milstein examined Austerman’s vocal cords while simulating her breathing problems, revealing that her vocal cords close rather than open during intense exercise. He diagnosed Austerman with exercise-induced laryngeal obstruction, or EILO, a condition often mistaken for asthma. 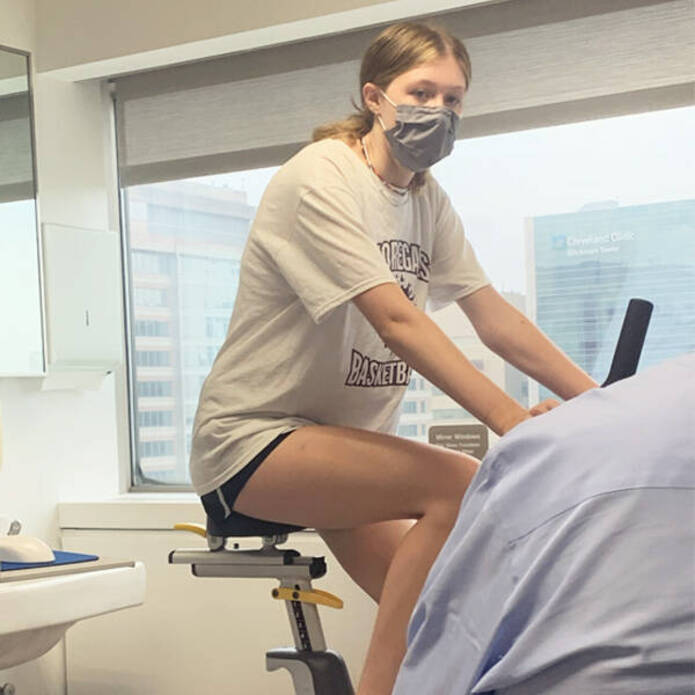 Over the next several months, Austerman attended four therapy sessions with Dr. Milstein focused on a variety of breathing techniques to help retrain her vocal cords to remain open during strenuous activities. Even with practicing these techniques several times a day, she initially found herself becoming stressed and anxious when trying to apply these strategies in practice or during a game when her focus was on the competition at hand.

Austerman realized learning to maintain control of her vocal cords during activity in addition to her mental aspect was critical to returning to her game. She relentlessly practiced her breathing techniques and used her courage, perseverance and the support of her family, teammates, and coaches to make the girls varsity basketball team the following year.

"When I first saw Maya, she was down and out. She was struggling with her breathing on the court, and you could tell how much it was affecting her off the court,” said Dr. Milstein. “Thinking she may have to give up basketball was tough for her, but with the right diagnosis of EILO, we were able to treat her, allowing her to make her way back. I am proud of how hard she worked and continues to work to keep her EILO under control." 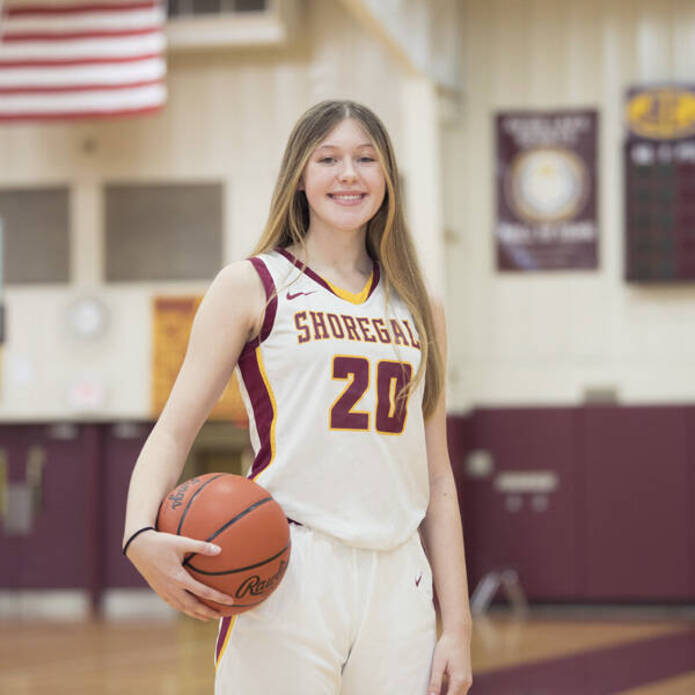 Today, Austerman continues to experience symptoms of EILO, which she may always have, but now feels confident using the breathing techniques to help her manage the condition. This has allowed her to push herself and enjoy the game of basketball even more than she did before.

“I feel lucky to have been able to figure out why I was struggling to breathe and when I finally received my diagnosis, I used it as validation to jump right into my recovery,” said Austerman. “At times, I feared I may never be able to play basketball or any sport again, but I’m grateful to have had the support from my family and the team at the Cleveland Clinic to help me return to playing the sport I love.”

Austerman is currently a junior at Avon Lake High School and lives at home with her parents, siblings and their two dogs. She plays varsity basketball, is a member of the National Honor Society, is the sports editor for her school newspaper and hopes to pursue a degree in the medical field in college.

Cleveland Clinic Sports Medicine Courage Award is given to an athlete who displays courage beyond the boundaries of their playing field, in order to inspire those around them.

Maya was honored during Sports Awards on Jan. 25, 2023, when a full video of her journey was revealed.