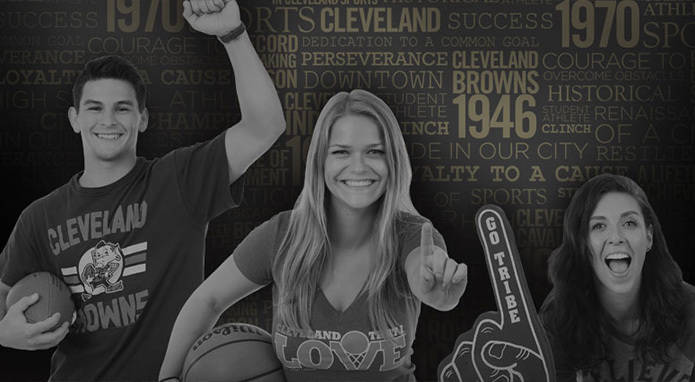 Greater Cleveland Sports Commission is accepting nominations for 2018 Best Moment via its website beginning today. The deadline to enter submissions is Wednesday, Jan. 23, 2019 at 5:00 p.m. EST. Submissions are free and open to the public. Must be 21 years of age to enter. Further rules and regulations for the contest are available on the website. Winners of the Best Moment contest will be notified on Thursday, Jan. 24, 2018.

The Lamparyk’s, a local family, won last year’s Best Moment with their submission. A video of their reaction to the news of their win is available here.

“We were fortunate enough to attend a couple games during the [Cleveland Indians] 22-game win streak and each game was more amazing and intense than the previous one,” said The Lamparyk Family. “It was truly a once-in-a-lifetime experience for a true Indian’s fan.”

Greater Cleveland Sports Awards is the premier annual sports fundraiser that supports Greater Cleveland Sports Commission and celebrates a year of athletic achievements in Northeast Ohio. This event features appearances from current and former national sports celebrities along with a formal dinner, and awards ceremony honoring the top high school, collegiate and professional sports accomplishments in 2018.