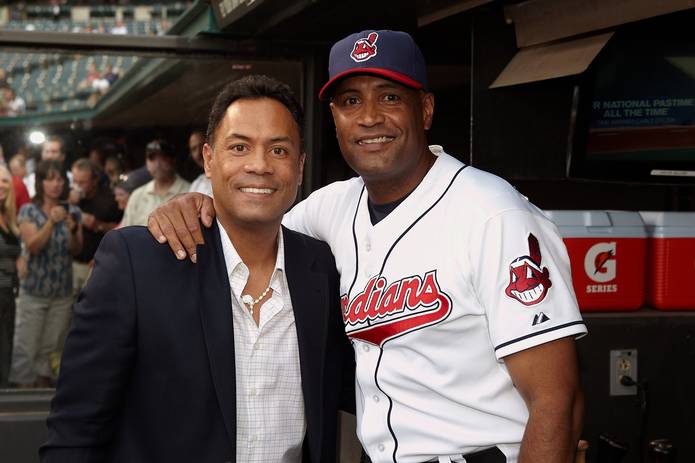 Alomar spent 11 seasons catching with the Indians from 1990-2000. He was a six-time All-Star selection and became the 33rd player to be inducted into the Cleveland Indians Hall of Fame in 2009. During his tenure with the Tribe, he hit .277 with 194 doubles, 92 home runs and 453 RBIs in 985 games. Alomar’s 950 games caught are the third-highest in the history of the Indians organization.

As one of the most popular players in club history, Alomar was the field leader behind the plate as his team won five American League Central Division titles and two American League Pennants from 1995 to 1999.

Called up from the minors with the San Diego Padres in 1989, Alomar was traded to the Indians club in 1990. In his rookie year, Alomar was named American League Rookie of the Year and received the Rawlings Glove Award.

In 1997, Alomar produced his best season. With the Tribe earning a World Series spot, he hit .324 with 37 doubles, 21 home runs and 83 RBIs in 125 games, earning All-Star Game MVP honors and finishing 14th overall in the American League MVP voting.

After leaving Cleveland in 2000, Alomar was involved with five different clubs before completing his 20th Major League season in 2007.

Now in his ninth season on the Indians coaching staff, Alomar spent eight of those seasons as the team’s First Base coach while also serving as the Bench Coach in 2012-13. Additionally, he served as interim manager for the final six games of the 2012 season and mentors Indians players in his former catcher position.

Off the diamond, Alomar is an avid cyclist and extremely supportive of Cleveland Clinic’s VeloSano, a year-round, community-driven fundraising initiative to support lifesaving cancer research at Cleveland Clinic. Alomar designed the Cleveland Indians VeloSano team jersey in addition to participating in the 2016-17 rides.

Lifetime Achievement Award presented by Cuyahoga Community College is given to a person who has dedicated their lives to the advancement of sports in Cleveland. Past recipients have ranged from former Indians and Browns players to high school football coaches in the region.

This event will feature appearances from current and former national sports celebrities along with a formal dinner, and awards ceremony honoring the top athletic achievements from 2018.

Tickets and tables for Sports Awards are available for purchase at clevelandsportsawards.com.