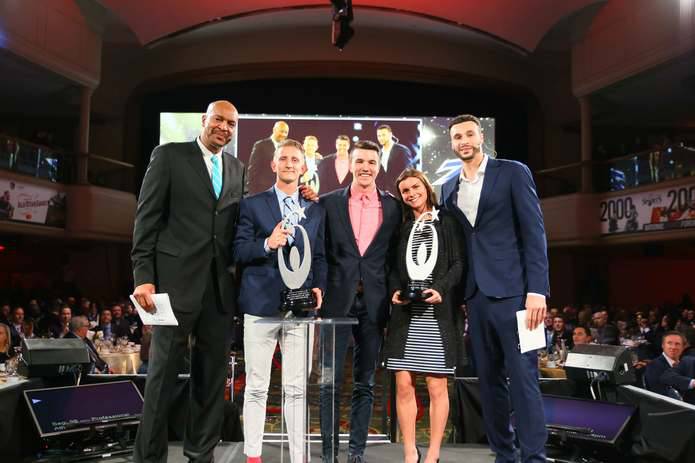 The culmination of the night was highlighted with the 2018 Best Moment in Cleveland Sports presented by JACK Cleveland Casino was awarded to John Dorsey, Cleveland Browns general manager, for A Browns Breakthrough, which was presented by Jim Donovan, the voice of the Browns.

Winners from each category were announced live at the event. Each award recipient is listed under their respective category.

Male Collegiate Athlete of the Year

Female Collegiate Athlete of the Year

Professional Athlete of the Year presented by FOX Sports Ohio

Greater Cleveland Sports Awards is the premier annual fundraiser that supports Greater Cleveland Sports Commission and celebrates a year of athletic achievements in Northeast Ohio. This event features appearances from current and former national sports celebrities along with a formal dinner, and awards ceremony honoring the top high school, collegiate and professional sports accomplishments in 2018.