It’s Week Seven, and as promised we’re changing it up with Good News... more

It’s a brand-new week and we’ve got some great stories lined up for... more

Welcome back to Week Five of Good News in Sports with our host,... more

Welcome back to Week Four of Good News in Sports with our host,... more

Welcome back to Good News in Sports with our host, David Gilbert! It’s been... more

We’re back with Week Two of our Good News in Sports campaign with... more 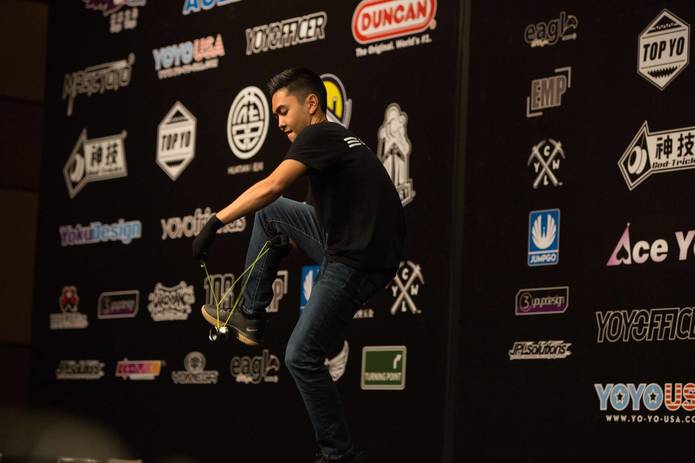 Cleveland, OH — The 2019 World YoYo Contest will bring more than 300 international competitors from over 20 countries to Renaissance Cleveland Hotel on Aug. 7-10, 2019. This event boasts the largest gathering of competitive yoyo players in the world who will compete for the highest honor in their field of competition, the title of World YoYo Champion. This event will provide an estimated $750,000 in economic impact to Northeast Ohio.

Competitors will vie for one of seven division world champion titles selected from a series of preliminary rounds comprised of one-minute yoyo routines performed by each competitor. Divisions of competition consist of the following: 1A (single hand trick), 2A (two hands looping trick), 3A (two hands string trick), 4A (off-string), 5A (counterweight) and AP (artistic performance).

The schedule of events is as follows:

The complete schedule is available online.

This is the second time that Cleveland will host the World YoYo Contest which was previously co-hosted by Greater Cleveland Sports Commission (GCSC) in 2016. Steve Brown, Northeast Ohio resident, inventor of the 5A style of play and U.S. YoYo Master, assisted in coordinating Cleveland’s bid for this event in 2019.

In addition to the competition, a Guinness World Record attempt for “Most People Yoyoing Simultaneously” will be held on Friday, Aug. 9 at 6 p.m. in Public Square. YoYo players from more than 20 countries will be in attendance in addition to food trucks and entertainment. The goal of the event is to gather more than 2,100 people in order to set a new World Record. This event is free and open to the public. More information is available here.