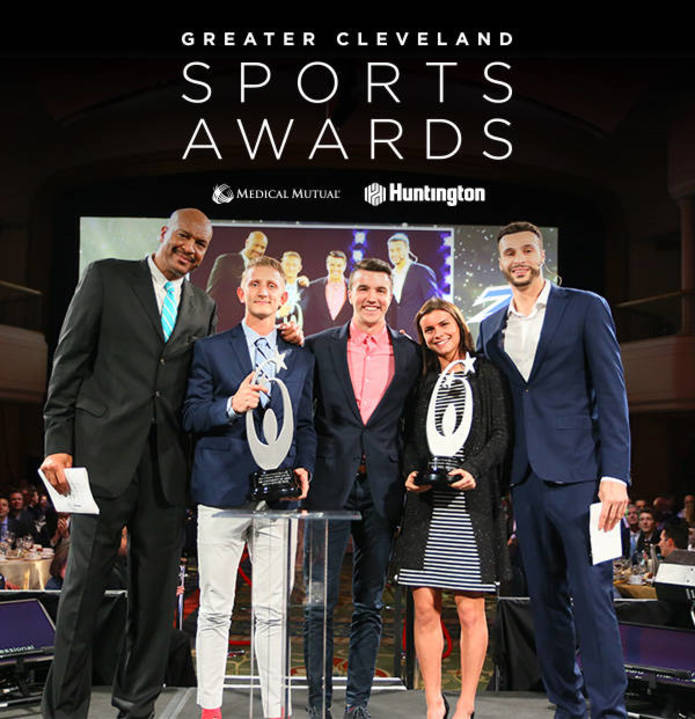 CLEVELAND – Greater Cleveland Sports Commission has selected its finalists for the 20th Greater Cleveland Sports Awards presented by Medical Mutual and Huntington. Finalists were selected by local sports and media outlets as well as an awards committee who chose outstanding athletes from Northeast Ohio’s following counties: Ashtabula, Cuyahoga, Geauga, Lake, Lorain, Medina, Portage, Stark and Summit. The finalists in the following categories were based on highest number of votes: male and female high school athlete of the year, male and female collegiate athlete of the year and professional athlete of the year.

For a recap of last year’s show, click here.

Winners from each category will be announced live at 20th Greater Cleveland Sports Awards which will be held on Wednesday, Jan. 22, 2020 at the Renaissance Cleveland Hotel in Downtown Cleveland. Doors open at 5:00 p.m.

The event will feature appearances from national sports celebrities along with a formal dinner and awards ceremony honoring the top athletic moments from 2019.

Recipients of additional awards for 20th Greater Cleveland Sports Awards are as follows:

Best Moment presented by JACK Entertainment – to be announced

Sports Awards will include a silent auction featuring coveted sports memorabilia and experiential packages such as an ESPN Studio Sit-In with Mike Golic of Golic & Wingo on Jan. 22, 2020 at ESPN Cleveland. This auction item will be available online prior to the event starting on Jan. 9 at 9:00 a.m. and ending on Jan. 20 at 12:00 p.m. This item will not be available for biding at the fundraiser.

Additional items included in the silent auction will include a 2020 NFL VIP Draft Experience, a Super Bowl 55 Experience and a Lexus Champions for Charity National Championship Experience. Fans are welcome to bid at the event or online starting on Jan. 21 at 9:00 a.m.

Tickets and tables for Sports Awards are sold out. For more information about the 20th Greater Cleveland Sports Awards, visit clevelandsportsawards.com.