More than 5,400 triathletes traveled to Cleveland to swim, bike and run their way to victory during USA Triathlon Age Group National Championships on Aug. 11-12, 2018 at Cleveland Metropark Edgewater Park.

Cleveland has a unique ability to take events and make them feel like a part of our Northeast Ohio community. 2018 USA triathlon Age Group National Championships was no exception. In order to promote that community feel, we created window clings for local restaurants and businesses to welcome triathletes to the city. Additionally, we provided these businesses with one-sheeters outfitted with information on the event so that their staff knew what to expect and to welcome competitors. Finally, we ensured that city signage promoting the event was present, such as pole banners, located around Downtown Cleveland. 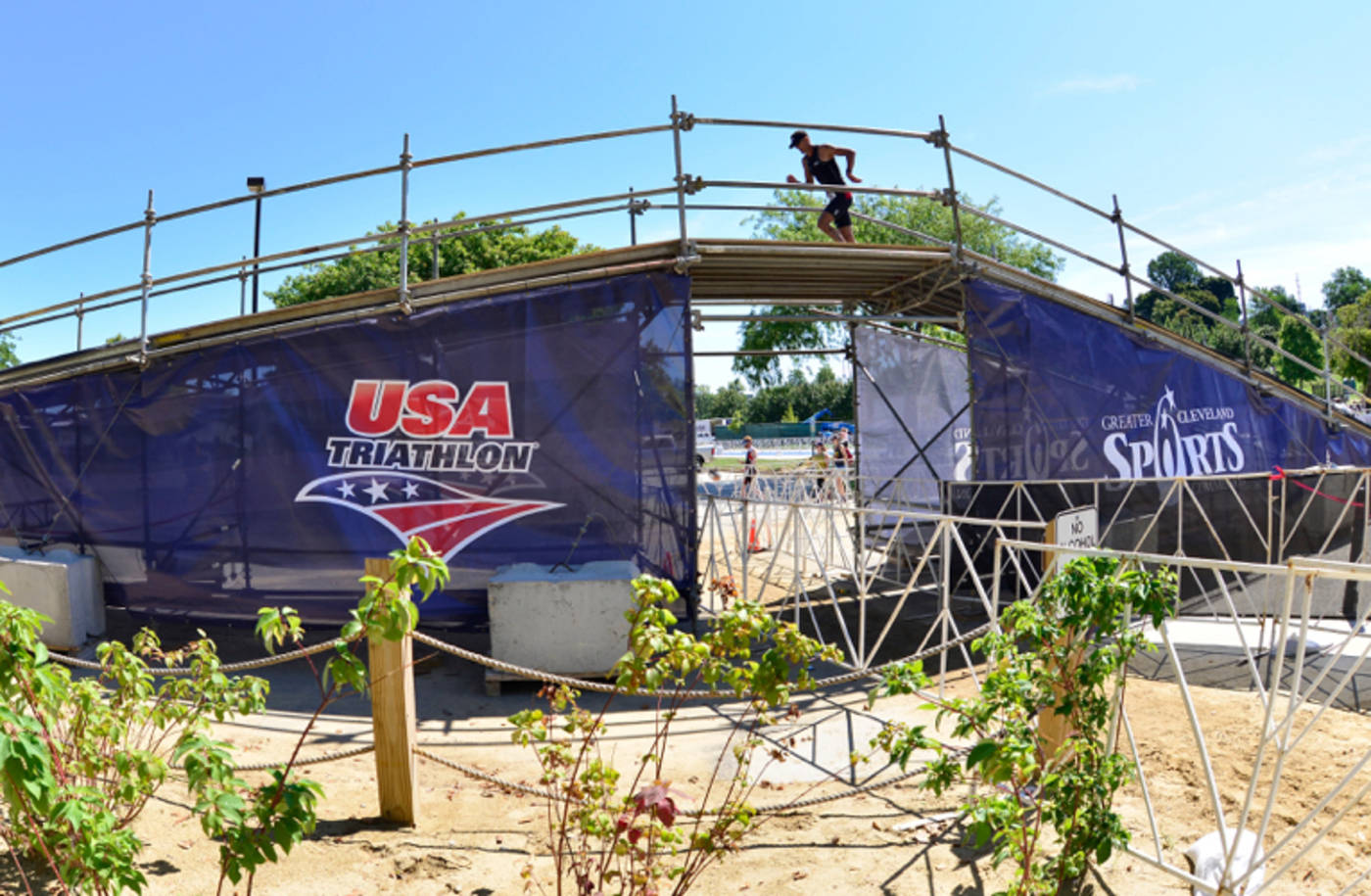 To provide a larger promotional footprint to USA Triathlon Age Group National Championships, Greater Cleveland Sports Commission promoted USATAGNC at community events in the months leading up to the championship.

In addition to local promotion, GCSC cross-promoted the event with our inaugural Sunset Sprint 5K on the Friday before the Olympic-distance championship. Our team also supported the event through a 10x10 on-site activation space during the USAT expo including showcasing USATAGNC logo in conjunction with GCSC’s logo in the transition areas and the fly-over at Cleveland Metroparks Edgewater Park.

To further event awareness of the championship, local media were pitched encouraging stories of triathletes in efforts to garner interviews. In total, 14 press releases were sent out and 17 outlets (print, radio and television) received media drops specific to USATAGNC.

Overall, earned media accounted for 63 clips, an audience of 12.4 million people which equated to $294.7 thousand in publicity value.

GCSC is committed to engaging its social followers in order to raise awareness and increase attendance for its hosted events. By working closely with USA Triathlon to promote the Age Group National Championships, social media promotional efforts both leading up to and during the event yielded impressive results.

Posts utilized action shots of triathletes to engage followers and increase visibility with likes and shares. Total impressions across Facebook, Instagram, and Twitter platforms amounted to 218,642 impressions. Additionally, Twitter far surpassed other social channels in both event promotion and during the Championship.

This eight-week training program featured 15 City of Cleveland Recreation Center youth who learned the basics of swimming, biking and running.

The support that GCSC provided was one of, if not the best, that we have ever experienced. The team effort working toward a world-class event was evident. [They] rolled out the red carpet for us throughout the [entire process].

Bring your event to Cleveland

Cleveland is undeniably a sports town. Our community has the unique ability to make your event the focal point of our city. Contact us to start the conversation.